Something greater than Jonah is here 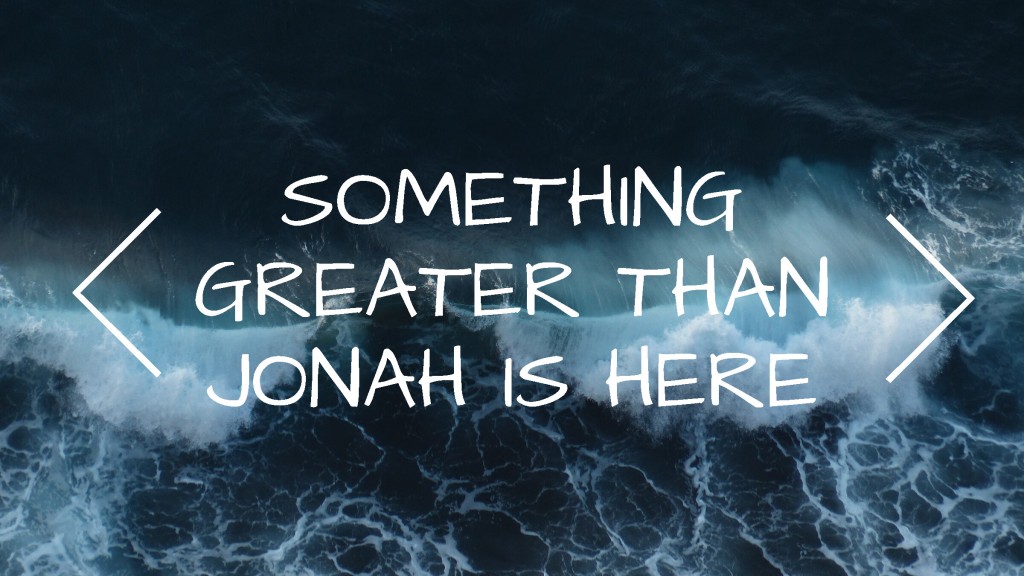 Along with the joy and excitement, the New Year will have its share of trials, challenges and “storms”. But if we look to Christ and how he has overcome the great storm, we will be able to face our own trials with courage, with our eyes fixed on our Saviour.

35 That day when evening came, he said to his disciples, ‘Let us go over to the other side.’ 36 Leaving the crowd behind, they took him along, just as he was, in the boat. There were also other boats with him. 37 A furious squall came up, and the waves broke over the boat, so that it was nearly swamped. 38 Jesus was in the stern, sleeping on a cushion. The disciples woke him and said to him, ‘Teacher, don’t you care if we drown?’

39 He got up, rebuked the wind and said to the waves, ‘Quiet! Be still!’ Then the wind died down and it was completely calm.

40 He said to his disciples, ‘Why are you so afraid? Do you still have no faith?’

41 They were terrified and asked each other, ‘Who is this? Even the wind and the waves obey him!’

4 Then the Lord sent a great wind on the sea, and such a violent storm arose that the ship threatened to break up. 5 All the sailors were afraid and each cried out to his own god. And they threw the cargo into the sea to lighten the ship.

But Jonah had gone below deck, where he lay down and fell into a deep sleep. 6 The captain went to him and said, ‘How can you sleep? Get up and call on your god! Maybe he will take notice of us so that we will not perish.’

9 He answered, ‘I am a Hebrew and I worship the Lord, the God of heaven, who made the sea and the dry land.’

10 This terrified them and they asked, ‘What have you done?’ (They knew he was running away from the Lord, because he had already told them so.)

11 The sea was getting rougher and rougher. So they asked him, ‘What should we do to you to make the sea calm down for us?’

12 ‘Pick me up and throw me into the sea,’ he replied, ‘and it will become calm. I know that it is my fault that this great storm has come upon you.’

13 Instead, the men did their best to row back to land. But they could not, for the sea grew even wilder than before. 14 Then they cried out to the Lord, ‘Please, Lord, do not let us die for taking this man’s life. Do not hold us accountable for killing an innocent man, for you, Lord, have done as you pleased.’ 15 Then they took Jonah and threw him overboard, and the raging sea grew calm. 16 At this the men greatly feared the Lord, and they offered a sacrifice to the Lord and made vows to him.

The God who prays

This week we finish our 'Learning from Jesus ' series, looking at the way Jesus did life and exploring how we as Jesus’ followers are both empowered by the Spirit and commanded by love to live as Jesus lived.

This week we continue in our 'Learning from Jesus ' series, looking at the way Jesus did life and exploring how we as Jesus’ followers are both empowered by the Spirit and commanded by love to live as Jesus lived.

This week we continue in our 'Learning from Jesus ' series, looking at the way Jesus did life and exploring how we as Jesus’ followers are both empowered by the Spirit and commanded by love to live as Jesus lived.